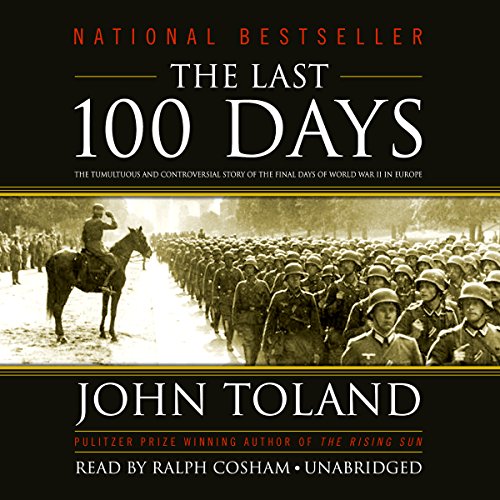 A dramatic countdown of the final months of World War II in Europe, The Last 100 Days brings to life the waning power and theultimate submission of the Third Reich. To reconstruct the tumultuous hundreddays between Yalta and the fall of Berlin, John Toland traveled more than 100,000 miles in twenty-one countries and interviewed more than six hundred people - from Hitler's personal chauffeur to Generals von Manteuffel, Wenck, andHeinrici; from underground leaders to diplomats; from top Allied fieldcommanders to brave young GIs. Toland adeptly wove together these interviewsusing research from thousands of primary sources.

When it was first published, The Last 100 Days madehistory, revealing after-action reports, staff journals, and top-secretmessages and personal documents previously unavailable to historians. Sincethat time it has come to be regarded as one of the greatest historicalnarratives of the twentieth century.