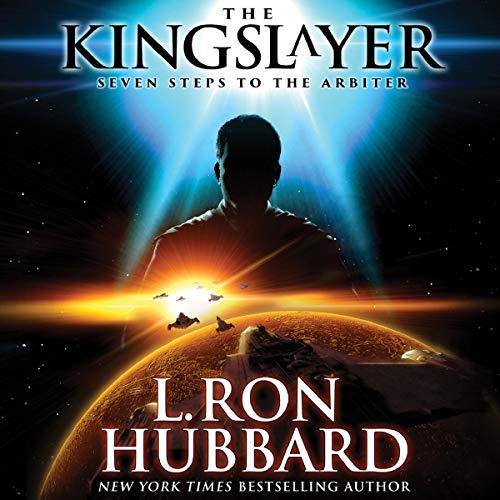 The mission: Kill the king of the galaxy.

He is the Kingslayer.

Young Kit Kellan has led a rough-and-tumble life - knocking around the Vega System in his youth as a tiger hunter, a brawler, and a bouncer in a bar. But his real fight is just beginning. Summarily expelled from the prestigious Terra University, he is taken into custody by an agent of the System Bureau of Investigation (SBI). Kit's crime: thinking too much and thinking too well.

He’s not in custody for long, however. Snatched from captivity by the People’s Revolutionary Society, Kit sets out an epic adventure that will take him to the farthest reaches of the universe - as he is chosen to undertake a mission of extraordinary difficulty and danger: assassinate the Arbiter.

Just who is the Arbiter? He is the omnipotent ruler of the stars. Empires rise and fall, wars rage, planets vanish...all at the snap of his fingers. And as Kit discovers, it’s not easy to kill the most powerful man in the universe.

He’ll have to outsmart shadowy spies, battle deadly saboteurs, and match wits with women as beautiful as they are dangerous. In the end - if he lives to see the day - he might just make a discovery that will change him, and the galaxy, forever.

“An exciting novel of the future. One thrilling adventure to another, ending with a surprising climax. Highly recommended.” (Los Angeles Daily News)