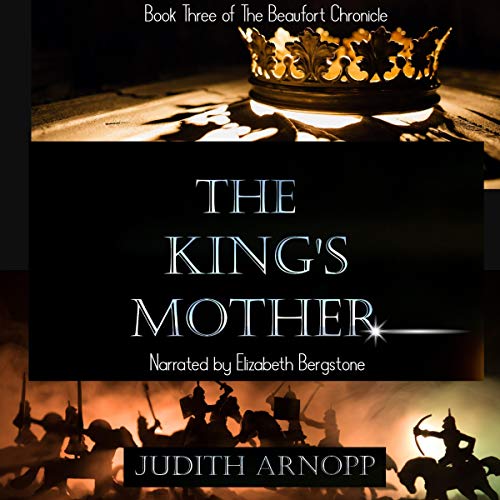 October 1485: With the English crown finally in his possession, Henry Tudor’s endeavors to restore order to the realm are hindered by continuing unrest. While the king is plagued with uprisings and pretenders to his throne, Margaret in her capacity as the king’s mother oversees the running of his court.

The warring houses of York and Lancaster are united, the years of civil strife are at an end, but as the royal nursery fills with children, the threats to Henry’s throne persist, and Margaret’s expectation of perfect harmony begins to disintegrate. As quickly as Henry dispatches those who move against him, new conflicts arise, and dogged by deceit and the harrowing shadow of death, Margaret realizes her time for peace has not yet come.

Intrigue, treason, and distrust blights the new Tudor dynasty, challenging Margaret’s strength of character and her steadfast faith in God.

The King’s Mother is the third and final book in the Beaufort Chronicle, tracing the life of Margaret Beaufort.