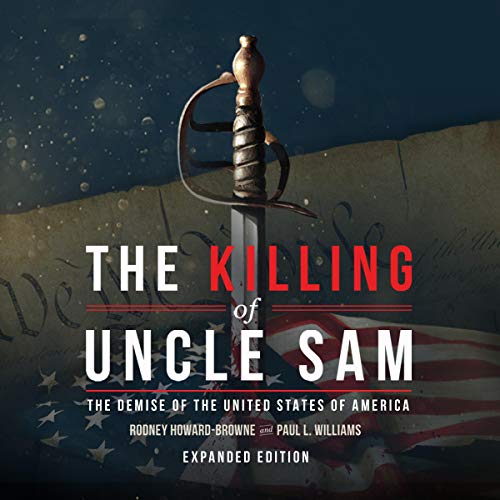 The Killing of Uncle Sam

The expanded edition includes a new epilogue in four parts, adding an extra hour to the audiobook. Pride, greed, and power have driven men to do the unthinkable - including selling out their nations and unsuspected citizens to the most corrupt and destructive “invisible” global leaders on Earth. But how did this happen on American soil? How did the downfall begin and who were the predators that the “land of the free and home of the brave” fell victim to? And is all hope lost?

This audiobook captures details of the last 200 years of American history that mainstream media does not want you to know. It dissects the “legalized” system of the private central banks that has gone unchecked, and delivers gut-wrenching truths about the real domestic and foreign enemies of the United States. With countless quotes from former presidents, prime ministers, and state officials, it will equip you with the facts that the elites have covered up for centuries and empower you to stand up for the truth.

Included with this 13-hour unabridged audiobook is a bonus PDF filled with high-resolution pictures, over 1000 detailed footnotes, and other supporting content.