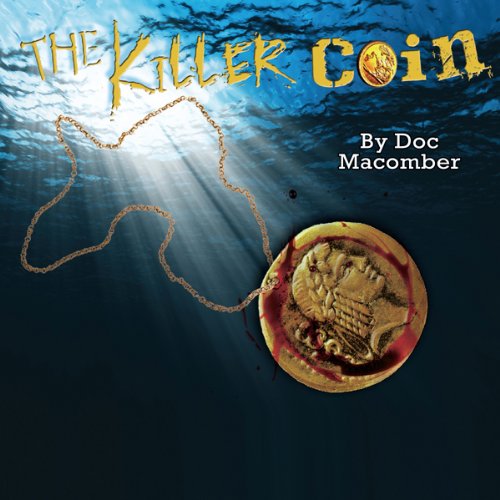 Kick off your shoes, pour yourself a glass of something good and open the page on your next great adventure. The Killer Coin is a nimble little mystery featuring sights and sounds from New Orleans to the Pacific Northwest. This road-trip adventure features a new and unique Vietnamese investigator, Killing Fields survivor, and now Air Force sergeant, Jack Vu. His eyes have witnessed every horror imaginable, making him a cool-headed investigator for the average murder.

But what Jack encounters on this investigation is unique – he is chasing another soldier of war, Jim Lyman, who is listed as MIA, but whose thumbprint appears on a gold coin, embedded in the slender neck of a burned female corpse.This thumbprint peels back the veneer on a tangle of intrigue and deception that threatens to destroy military investigator Jack Vu’s sense of order and his career.

As his hunt for the killer unravels, Vu ricochets from the Big Easy to the cool, mysterious waters of the Pacific Northwest. Along the road, he encounters unlikely allies and unforeseen enemies. The chase heats up when reinforcements appear in the form of cantankerous swamp rats, intrepid bush pilots and more than a few shots of bourbon. Love, betrayal, honor and a final sense of justice play out as this case crashes on the mossy rocks.

This first in the Jack Vu series sets the tone for the next three books, Wolf’s Remedy, Snip and Riff Raff,, which reunites Jack with his original fugitive, now soldiering on in Costa Rica.
©2003 Doc Macomber (P)2011 Floating Word Press