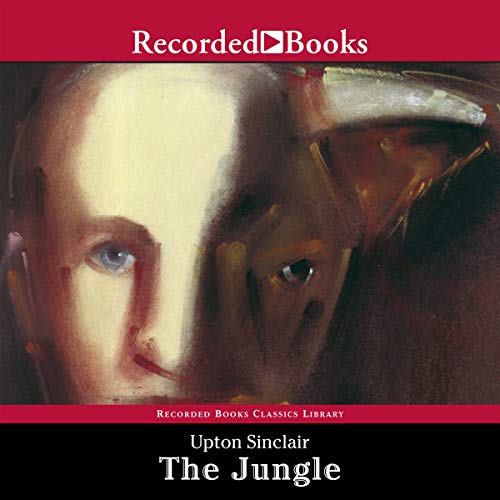 Before there was Eric Schlosser, Michael Pollan, or Morgan Spurlock, there was Upton Sinclair. Sinclair's classic novel - an exposé of the Chicago meatpacking industry at the at the turn of the twentieth century - achieves new life as an audiobook. Narrator George Guidall's passionate rendering of the text makes it possible to visualize the vicious and grotesque conditions inside the slaughterhouses, and the impoverished immigrants who worked there, in a way that reading the text alone might not convey.

Few books have so affected radical social changes as The Jungle, first published serially in 1906. Exposing unsanitary conditions in the meat-packing industry in Chicago, Sinclair's novel gripped Americans by the stomach, contributing to the passage of the first Food and Drug Act. If you've never read this classic novel, don't be put off by its gruesome reputation. Upton Sinclair was a Pulitzer Prize-winning novelist who could turn even an exposé into a tender and moving novel.

Jurgis Rudkus, a Lithuanian immigrant, comes to America in search of a fortune for his family. He accepts the harsh realities of a working man's lot, laboring with naive vigor - until, his health and family sacrificed, he understands how the heavy wheels of the industrial machine can crush the strongest spirit.