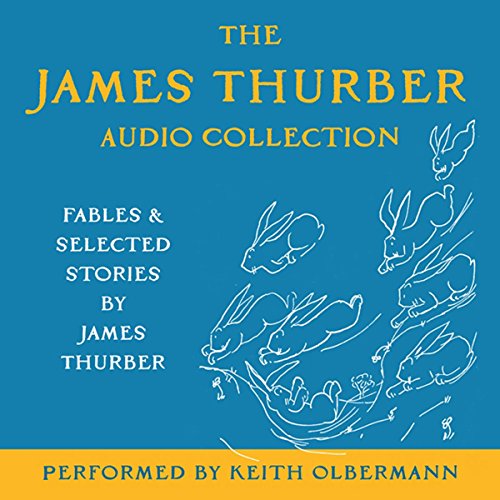 "My father was in the hospital and every night when I visited him, I read aloud to him. James Thurber. And one night he said, 'You really should do that on your show,' and I said, 'Dad, it’s a television newscast. I’d love to, but how could it possibly fit?' And he said, 'How often have I ever suggested anything for your shows?' And I remembered that he never had. But I also reminded him that there were things like copyrights and bills, to which he said, 'Try it. You never know.'

"I began to read Thurber once a week on television, and continue to do so whenever and wherever I can. I’m happy to say this has sparked a mini-revival, which I hope erupts into a full-scale newfound appreciation for a man whose writings are nearly perfect. He did not intend them to be read aloud, but they are ideally suited for the task: clean, economical, vivid, full of crashes and thuds - and silences, too. And for that matter, they make wonderful tributes to memories - memories of my dad, and Rosemary Thurber’s."
—Keith Olbermann, May 19, 2011

Stories included in The James Thurber Audio Collection: "There’s No Place Like Home", "The Bear Who Let It Alone", "The Greatest Man in the World", "The Night the Ghost Got In", "I Went to Sullivant", "The Unicorn in the Garden", "How to Relax While Broadcasting", "The Tortoise and the Hare", "A Box to Hide In", "The Owl Who Was God", "The Secret Life of Walter Mitty", "If Grant Had Been Drinking at Appomattox", "The Moth and the Star", "The Dog That Bit People", "The Topaz Cufflinks Mystery", "The Little Girl and the Wolf", "The Macbeth Murder Mystery", "The Rabbits Who Caused All the Trouble", "The Night the Bed Fell", "Sex Ex Machina", "The Scotty Who Knew Too Much", "The Car We Had to Push", and "The Peacelike Mongoose".