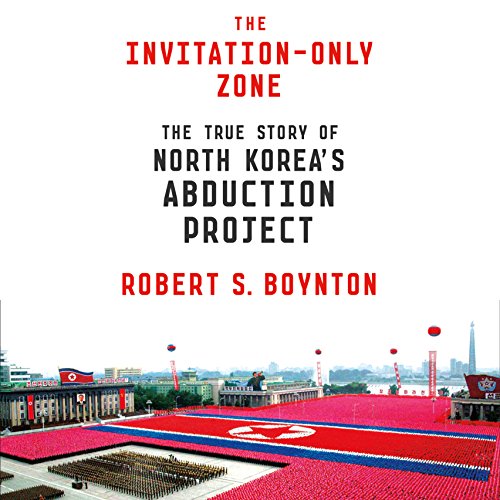 Throughout the late 1970s and early '80s, dozens of Japanese citizens were abducted from coastal Japanese towns by North Korean commandos. In what proved to be part of a global project, North Korea attempted to reeducate the abductees and train them to spy on the state's behalf. When the project faltered, the abductees were hidden in a series of guarded communities known as "Invitation-Only Zones" - the fiction being that these were exclusive enclaves, not prisons.

In 2002, Kim Jong Il admitted to kidnapping 13 Japanese citizens and returned five of them (the other eight, he said, had died). From the moment that Robert S. Boynton first saw a photograph of these men and women, he became obsessed with the window their story provided into the vexed politics of Northeast Asia. In The Invitation-Only Zone, he untangles the logic behind the kidnappings and shows why some Japanese citizens described them as "their 9/11". He tells the story of how dozens were abducted and reeducated; how they married and had children; and how they lived anonymously as North Korean citizens. He speaks with nationalists, diplomats, abductees, and even crab fishermen, unearthing the bizarre North Korean propaganda tactics and the peculiar cultural interests of both countries.

A deeply reported, thoroughly researched treatise on the power struggle of one of the most important areas in the global economy, Boynton's keen investigation is riveting and revelatory.