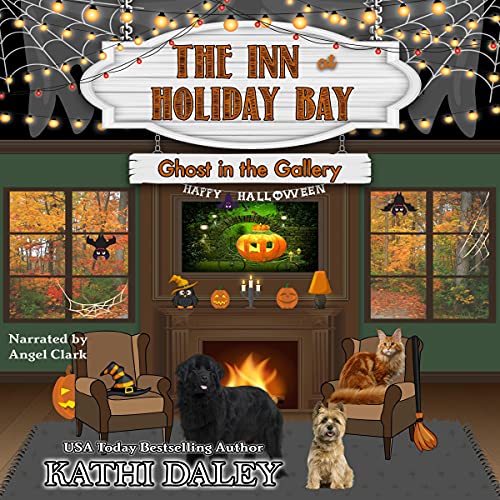 The Inn at Holiday Bay

A heartwarming cozy mystery series about losing everything, taking a chance, and starting again.

After suffering a personal tragedy, Abby Sullivan buys a huge old seaside mansion she has never even seen, packs up her life in San Francisco, and moves to Holiday Bay, Maine, where she is adopted, quite against her will, by a huge Maine Coon Cat named Rufus, a drifter with her own tragic past named Georgia, and a giant dog with an inferiority complex named Ramos. What Abby thought she needed was alone time to heal. What she ended up with was an inn she never knew she wanted, a cat she couldn't seem to convince to leave, and a new family she'd never be able to live without.

In book 11 in the series, there is a new murder to investigate when a friend of Nikki's turns up dead. It seems that the death might be tied in with ghostly happenings at a new art gallery in town, but there are problems with that theory as well.

Meanwhile, a whole new group of guests check in, including a man in town to investigate a century-old murder and a woman seeking answers to her past.