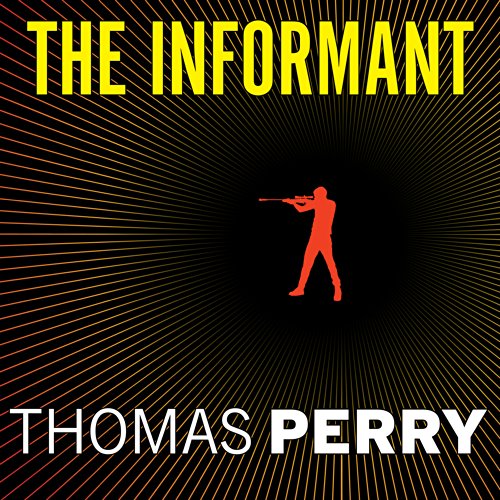 Thomas Perry won the 1983 Edgar Award from the Mystery Writers of America for Best First Novel with his debut of The Butcher's Boy. In this long-anticipated third installment, the mafia hitman emerges from retirement to tie up the loose ends of a score he thought was settled 10 years before. Also returning is Elizabeth Waring, who's been moving up the ladder in the Department of Justice by stepping on the toes of organized crime.

Fans of the audiobook series can breathe a sigh of relief, as Michael Kramer continues his fine work narrating the ruthlessly efficient assassin's bloody march toward freedom. Raspy and gruff without any cheesy wise guy embellishment, Kramer's smooth rumble makes for a slick Butcher's Boy who is clearly a head and shoulders above the slimy Cosa Nostra soldiers sent to dispatch him. He goes to Waring to update his intel on the whereabouts of the under-boss who sent the henchmen, giving her some 20-year-old dirt on the older generation in exchange. As the Butcher's Boy steadily murders first the clowns sent to catch him, then the bosses that sent the clowns, Waring races against the rising body count to either turn the Butcher's Boy into a Justice Department informant or just turn him in.

Kramer has a finely tuned ear for Perry's pacing, and falls lock-step into the rhythms of this righteous killing spree. Sure, the Butcher's Boy has murdered untold numbers of people on behalf of the mob, but all he wants now is freedom from the mob. Michael Kramer finds space to make him respectable and even likable. Thomas Perry has updated the character for middle age without making him any less clever or more insecure. The author and the character both have their priorities in the right place, forgoing glamorous punch lines for the perfect kill shot and showing a willingness to sacrifice everything for the goal at hand, perhaps even Elizabeth Waring. Megan Volpert

Married and living in England under the name Michael Schaeffer, the assassin known as the Butcher's Boy is the target of a Mafia hit team sent to exact revenge for his deadly campaign against the Balacontano family years earlier. Schaeffer kills all three attackers, but he knows more will come and needs to find whoever sent them to end it once and for all.

Soon Elizabeth Waring, now high up in the Organized Crime Division of the Justice Department, receives a surprise late-night visit from the Butcher's Boy. Knowing she keeps track of the Mafia, he asks her who the three men work for. Not knowing they have been murdered, she gives him a name: Frank Tosca, an aspirant to the Balacontano throne. In exchange, he tells her about a murder Tosca committed over 20 years ago.

So begins a new assault on organized crime, and the uneasy alliance between the Butcher's Boy and Waring, who trade current information for old secrets. As the Butcher's Boy works his way ever closer to his quarry in an effort to protect his new way of life, Waring finds herself in a race against time, either to convince him to become a protected informant or to take him out of commission for good.