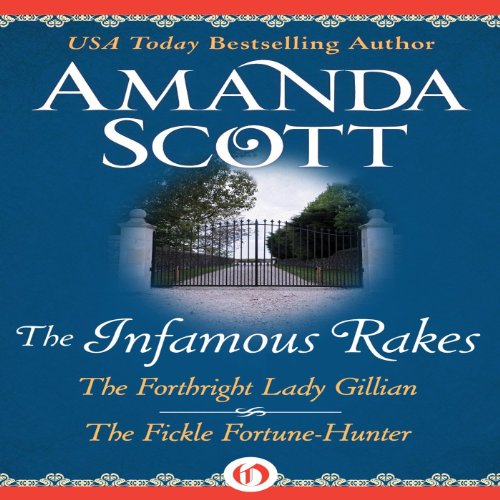 Will two of London's most notorious rogues be outmatched in the game of love by two clever young ladies? When Lady Gillian Carnaby reads of her own betrothal to a hitherto unknown Baron Hopwood in the London Times, she is shocked to learn that the man is real. Worse, Hopwood is merely a minor title for Josiah Hawtrey, Marquess of Thorne, a man with such a scandalous reputation that London society is quite willing to believe he would become affianced to a noblewoman he has never met. To save her reputation, Gillian and the Marquess must go through the motions of a betrothal. But when Gillian sees that Thorne desires her as a woman, if not a wife, she must play a most challenging game of love with one of London’s most notorious rakes.

The Marquess of Thorne's friend, handsome Lord Edward Crawley, seeks to wed a wealthy heiress to shore up his faltering estate - and pay off his gambling debts. When Felicia Adlam realizes that her breathtakingly beautiful younger sister, Theodosia, is the seductive fortune-hunter's target, she vows to protect Theo from him, no matter what it takes. But Crawley is charmingly honest about his intentions, and undeniably appealing, so Felicia soon discovers that she risks surrendering to the accomplished rake's seductive charms herself.