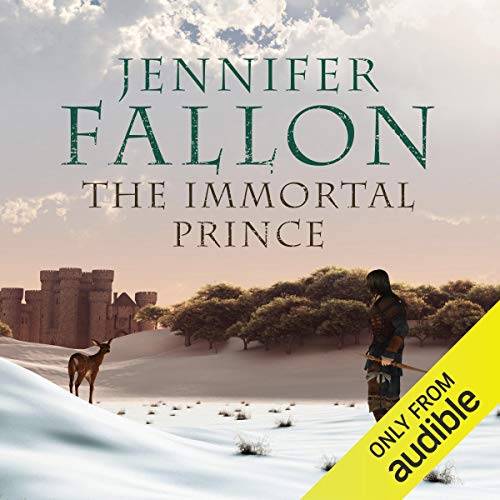 He's insisting he's a Tide Lord and he's begging us to try again...to kill him, that is.

When a routine hanging goes wrong, the survivor announces he is Cayal the immortal Prince, a Tide Lord. However, the only known record of the immortal beings of Amyrantha is the Tide Lord Tarot...and everyone knows it is only a parlour-game, an amusement.

Arkady Desean, an expert on the legends of the Crasii - a part-animal, part-human race - is sent to interrogate Cayal. But in exposing this would-be immortal, Arkady's own web of deceit threatens to unravel.

Nothing is as it seems around the Immortal Prince. The lies seem plausible, his stories improbable...and the truth is more than any of them bargained for.

great story, something different. after a while you can't stop listening. in between sometimes a bit boring too.