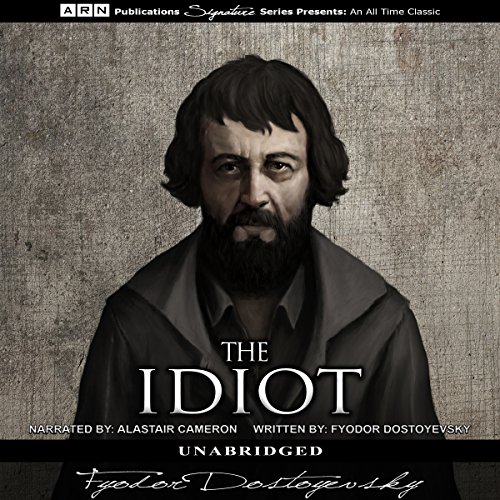 Young Prince Mishkin is that rare thing - a "completely beautiful human being". He is honest, humble, generous, and selfless, but unfortunately these traits mean he is often mistaken for an idiot. Upon his return to St. Petersburg, after being away at a Swiss sanatorium for the treatment of epilepsy, Prince Mishkin is taken under the wing of the wife of General Yepanchin, who arranges for him to live with the family of her money-obsessed friend Ganya. As Prince Mishkin attempts to rejoin high society and find a wife, his virtuousness causes him to make all sorts of blunders.

Will Prince Mishkin manage to lure beautiful fallen woman Nastasya away from her other suitors, or will he choose instead the general's virginal daughter Aglaya? Will his goodness be rewarded, or just cause problems for everyone around him?

The novel explores how this Christ-like figure functions in a world full of selfish and flawed human beings. Originally published in serialized form in the Russian Messenger, this book was written during a particularly tempestuous part of Dostoevsky's life and deals with themes of death, drunkenness, and redemption. It is particularly poignant as Dostoevsky suffered from epilepsy himself.