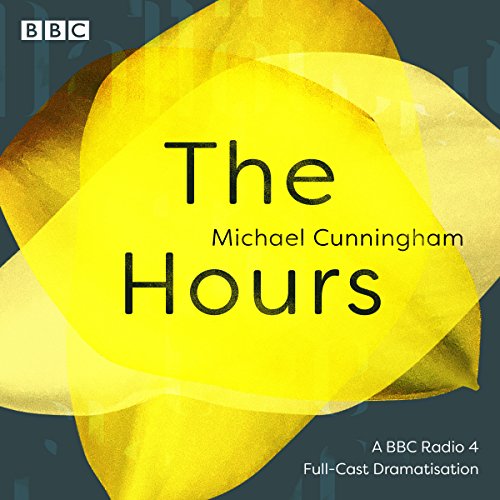 Winner of the Gold Award for Best Drama in the New York Festivals Radio Awards 2018.

Three separate women, living in different locations and eras, are linked by their passion for Virginia Woolf's novel Mrs Dalloway. As they each live through a Tuesday in June, their thoughts and experiences mirror each other and become interwoven.

In Richmond in 1923, Virginia Woolf struggles to write a novel whose protagonist is Mrs Dalloway. In Los Angeles in 1949, Laura ignores her chores and small son to sit in bed reading Mrs Dalloway. In 1990s New York, Clarissa goes to buy flowers for a party, mirroring the start of the fictional Mrs Dalloway’s day. The party is in honour of her sick friend Richard, who long ago dubbed her Mrs Dalloway.

As their stories intertwine, they converge to become one, weaving together themes of story-telling, domestic tension, friendship, love, loss, parental guilt, loneliness, bisexuality and the challenges of hosting social rituals.

"I am so thrilled by the BBC's production of my novel, The Hours, and - believe me - a novelist does not thrill easily." (Michael Cunningham)