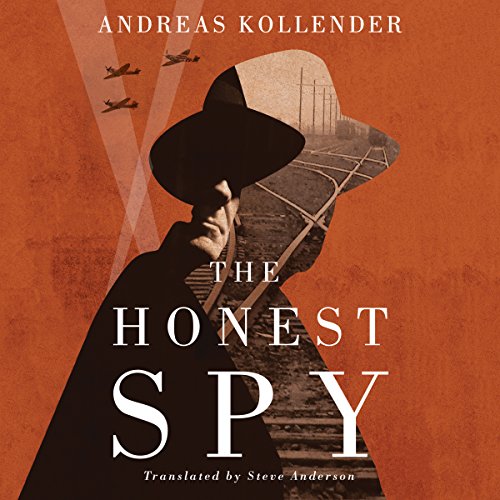 During one of history's darkest chapters, one man is determined to make a difference.

In the tradition of Schindler's List comes a thrilling novel based on the heroic true story of Fritz Kolbe, a widowed civil servant in Adolf Hitler's foreign ministry. Recognizing that millions of lives are at stake, Kolbe uses his position to pass information to the Americans - risking himself and the people he holds most dear - and embarks on a dangerous double life as the Allies' most important spy.

Summoned from his South African post to return to Nazi Germany, Kolbe leaves behind his beloved fourteen-year-old daughter, a decision made for her safety that nonetheless torments him. And as he lives under the constant threat of arrest, he wrestles with the guilt of putting Marlene Wiese, a married nurse and the love of his life, in danger as they collaborate on Kolbe's clandestine work.

But no matter the personal cost, Kolbe will not be deterred. In scenes that pulse with suspense, he emerges as a towering figure who risked everything to save innocent lives - and Germany from itself.