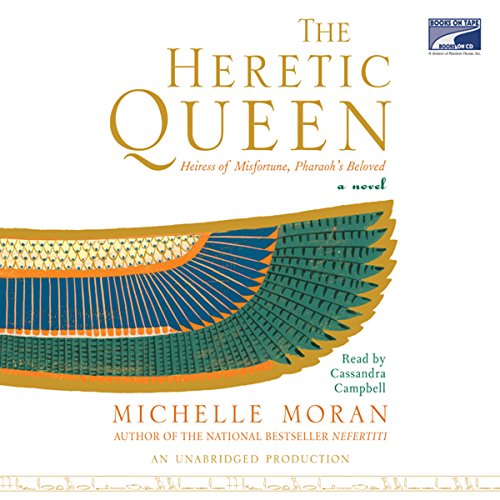 In ancient Egypt, a forgotten princess must overcome her family's past and remake history.

The winds of change are blowing through Thebes. A devastating palace fire has killed the 18th Dynasty's royal family, all with the exception of Nefertari, the niece of the reviled former queen, Nefertiti. The girl's deceased family has been branded as heretical, and no one in Egypt will speak their names. A relic of a previous reign, Nefertari is pushed aside, an unimportant princess left to run wild in the palace.

But this changes when she is taken under the wing of the Pharaoh's aunt, then brought to the Temple of Hathor, where she is educated in a manner befitting a future queen.

Soon Nefertari catches the eye of the Crown Prince, and despite her family's history, they fall in love and wish to marry. Yet all of Egypt opposes this union between the rising star of a new dynasty and the fading star of an old, heretical one.

While political adversity sets the country on edge, Nefertari becomes the wife of Ramesses the Great. Destined to be the most powerful Pharaoh in Egypt, he is also the man who must confront the most famous exodus in history.

Sweeping in scope and meticulous in detail, The Heretic Queen is a novel of passion and power, heartbreak and redemption.

"Nefertari tells her story simply, humbly, and in a clear voice that will attract readers." (Romantic Times)


Most liked topic, nice told. Sad that it is over now…
Would like a bit more, if historic strings are more applied - there are so many historical persons who are well explored, why taken someone whose relations are blurred?
All in all a great book