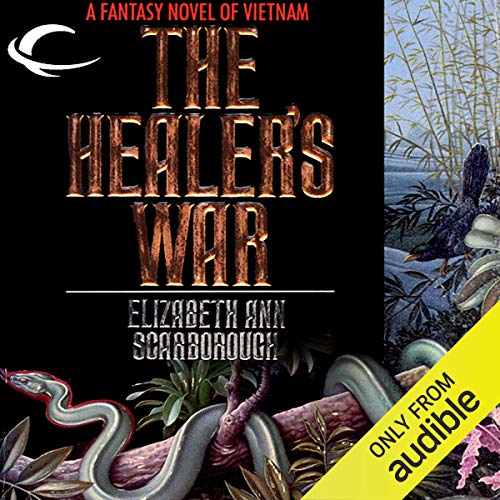 Although perhaps best-known for her lightly humorous fantasies and for her collaborations with Anne McCaffrey on the Petaybee series and the Acorna series, Elizabeth Anne Scarborough has also written The Healer's War, a classic novel of the Vietnam War, enriched with a magical, mystical twist, which won the 1989 Nebula Award for Best Novel of 1988. The Minneapolis Star Tribune called it a "brutal and beautiful book". Scarborough herself was a nurse in Vietnam during the war and she draws on her own personal experiences to create the central character, Lt. Kitty McCulley.

McCulley, a young and inexperienced nurse tossed into a stressful and chaotic situation, is having a difficult time reconciling her duty to help and heal with the indifference and overt racism of some of her colleagues and with the horrendously damaged soldiers and Vietnamese civilians whom she encounters during her service at the China Beach medical facilities. She is unexpectedly helped by the mysterious and inexplicable properties of an amulet, given to her by one of her patients, an elderly, dying Vietnamese holy man, which allows her to see other people's "auras" and to understand more about them as a result. This eventually leads to a strange, almost surrealistic journey through the jungle, accompanied by a one-legged boy and a battle-seasoned but crazed soldier. By the end of the journey, McCulley has found herself and a way to live and survive through the madness and destruction.