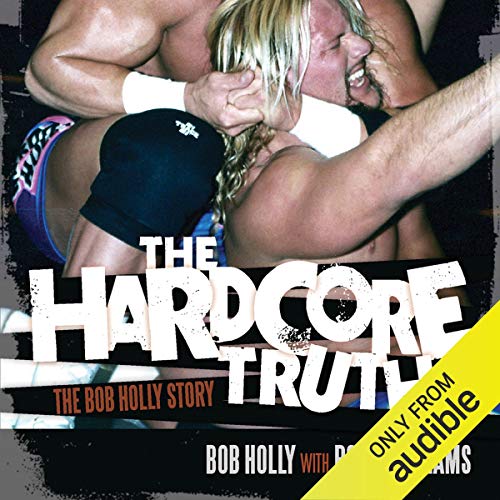 The wrestling legend Bob "Hardcore" Holly tells all in this autobiography that chronicles his journey from fighting in bars for money to the bright lights of the World Wrestling Federation. Holly reveals how he took more body slams and clotheslines outside the ring than in and that long before he was known as "Hardcore Holly", he had an unquenchable passion for professional wrestling.

Ultimately, Holly would hold the World Wrestling Entertainment (WWE) Hardcore Championship seven times, the WWE Tag Team Championship three times, and the National Wrestling Alliance World Tag Team Championship once. But in the midst of his career achievements was a roller coaster of success and frustration, and Holly reveals the plethora of missed opportunities and broken promises that marked his road to television stardom. Replete with fast motorcycles, faster cars, wrestling bears, betrayal, and lost love, Holly shares his uncompromised view of his past and the current state of professional wrestling.