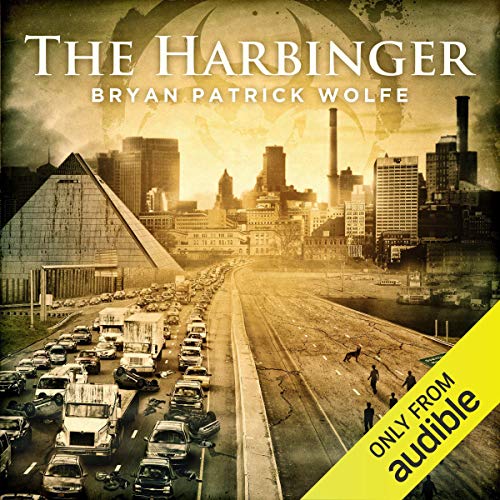 It starts as a whisper, barely audible.

Like lightning, the plague moves across the globe, spreading out in all directions and leaving few alive. But the end is only the beginning.

Discovered in the Alaskan permafrost, the ancient virus was reanimated and genetically altered. The new strain showed great promise in curing many of mankind's afflictions. When the specimen fell into the hands of the Russian theocracy, their inept scientists attempted to create a biological weapon - a weapon that outsmarted them. Now, the androvirus is a deadly airborne plague, conquering the world in a matter of days. With a communicability of 100% and a mortality rate of over 90%, there is no immunity. For the survivors, who can suppress the virus, there is only change. A few adapt, but most become walking, talking gray horrors with an appetite for flesh.

Primarily set in the American city of Memphis, four loosely-connected strangers, caught up in their lives, find their worlds annihilated by the swiftly-moving plague. Alex Connelly is a wealthy young executive, living an idyllic life with his pregnant wife, Madison. Kirk Foster is a self-absorbed aging gay man, desperate to hang onto his youth and sex appeal. Meredith Brinkley's ongoing war with breast cancer takes a turn for the worse, and she faces an impending double mastectomy. Logan King is a closeted baseball jock, playing for a minor league team while coming to terms with his true identity. And only together will they survive....

Please note: There are straight and gay characters and a few that exist somewhere in between. There are characters of different races and religious backgrounds. There are opinionated characters. There is profanity. There is intimacy and clipped love scenes, some being of the male-for-male variety. There are also guns and graphic violence.