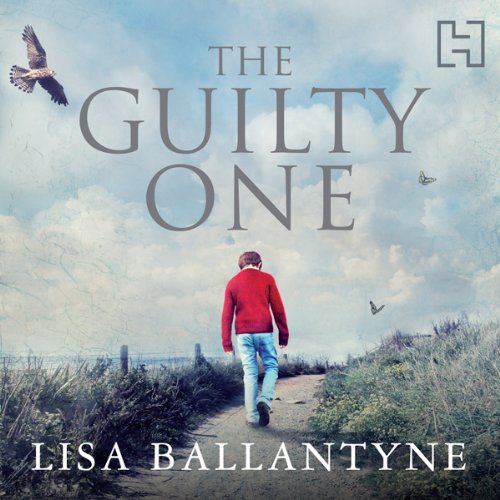 A little boy was found dead in a children's playground....

Daniel Hunter has spent years defending lost causes as a solicitor in London. But his life changes when he is introduced to Sebastian, an 11-year-old accused of murdering an innocent young boy. As he plunges into the muddy depths of Sebastian's troubled home life, Daniel thinks back to his own childhood in foster care - and to Minnie, the woman who adopted him and whose love saved him, until she, too, betrayed him so badly that he cut her out of his life.

But what crime did Minnie commit that made Daniel disregard her for 15 years? And will Daniel's identification with a child on trial for murder make him question everything he ever believed in?

Deeply psychological and suspenseful, The Guilty One is already an international phenomenon and one of the most talked-about books of the year.

Not guilty for not taking the earphones off

Long elaborated expanations of asperger syndrom and court testimonies of patholgical content are the center of this story, which leaves the reader untouched, unamused and bored. None of the figures gets close to the reader and you can anticipate the outcoming pretty soon. The speaker does the male parts very good. As often the female voice he tries to imitate sound partly unbearable unsympathetic.