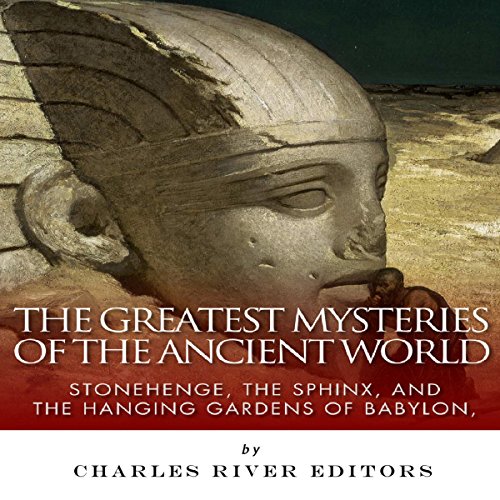 The Greatest Mysteries of the Ancient World: Stonehenge, the Sphinx, and the Hanging Gardens of Babylon

On the Salisbury Plain, only a few hours from the hustle and bustle of Central London, remains one of the greatest surviving relics of humanity's ancient past: the mighty stone circle of Stonehenge.

Stonehenge is one of the most well-known ancient sites in the world, and an image of it raises numerous associations and emotional responses. Its impressiveness comes not only from its size and remarkable level of preservation but more so because of the incredible precision with which it was constructed during an era of simple technology and social organization. Obviously it is a place of great importance - then and now. Of course Stonehenge has long fascinated the rest of the world, too, as people continue to try to understand every aspect of the site and the underlying purpose of it. This involves an understanding of why Stonehenge is located where it is, what the materials consist of, and what archaeology has uncovered about the people who built it. On top of that, Stonehenge is a center of mythology and folklore that has evolved over time, establishing the foundation for a unique spiritual belief system that both celebrates Stonehenge as a "living temple" and challenges the official guardians of the place.

One of the oldest and most famous statues of the world, the Great Sphinx at Giza, has fascinated people for thousands of years. While the sphinx was a well-known mythological creature among various ancient civilizations, the Egyptian statue that is now most famously associated with the creature is full of mysteries that have been endlessly debated throughout the centuries and continue to be hotly contested among scholars.

Das sagen andere Hörer zu The Greatest Mysteries of the Ancient World: Stonehenge, the Sphinx, and the Hanging Gardens of Babylon