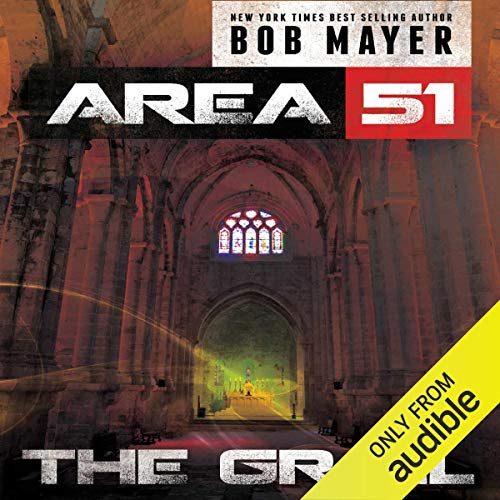 The Holy Grail - is it the key to a miracle...or a terrifying truth? The Great Wall of China, the immense carvings on Easter Island, Egypt's pyramids, UFOs: What is the chilling connection? The answer, unearthed by an elite band of soldiers and scientists based at Area 51, is rewriting human history - to include the aliens who shaped it!

Now, in this heart-pounding novel, Area 51 personnel embark on a top-secret search for the Holy Grail, a glittering artifact with the power to save the world...or lead to its destruction.

Special Forces officer Mike Turcotte has paid his dues in battle and in blood. Now assigned to Area 51, he fights the toughest enemy of his career: the alien race who arrived on Earth millennia ago and have returned to claim the planet.

Mike has dodged bullets and faced weapons of mass destruction to give humanity another day of reprieve. But when his lover, scientist Lisa Duncan, falls into evil hands, Mike must decide which prize means the most to him - the woman he loves or the legendary Grail. It's a decision that could damn him...or damn us all.

Worst narrator for a good story

The narrator has the worst emphasis when reading and there are cut off sentences as if he skips the lines and several errors like double words or repeated partial sentences that didn't get deleted from the recording. I hope I never have to listen to a book read by him.

The story is good as the other parts of it were.