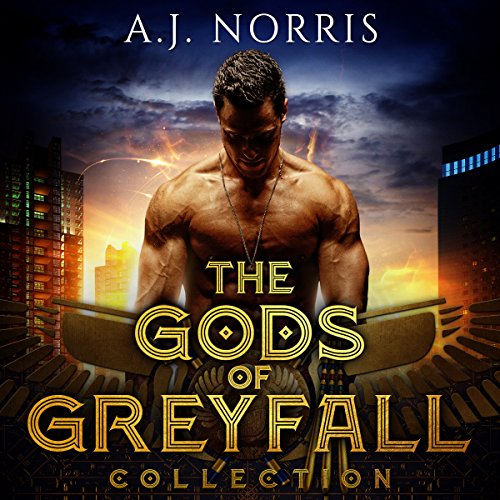 The Gods of Greyfall Collection

How do you accidentally start a war with a blood thirsty demon army? You kill their leader and steal a sacred relic.

Demons prowl the night searching for human blood. Only one thing can save humans from extinction, a lab-bred task force known as the Bator Patrol Guard. Part human, demon, and descendant of the Egyptian deity Osiris, these elite warriors, although shunned by humans, willingly protect the human race.

Kalani only wanted to rescue her friend from a torturous death when she entered the forbidden realm of a demon army. She didn't mean to start a war by slaying their leader and stealing the sacred pendant hanging around his neck. But it was just so shiny and why did they have it anyway? The pendant had the same symbol on it as the Bator Patrol Guard used as their emblem. How was this possible, and what did it mean? Can the Patrol Guard unlock the mystery of the pendant before a war destroys them all?

Find out the truth in this epic saga about love, ancient secrets, and betrayal.