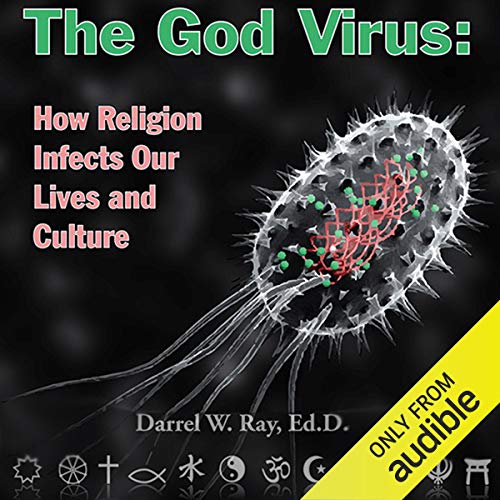 What makes religion so powerful? How does it weave its way into our political system? Why do people believe and follow obvious religious charlatans? What makes people profess deep faith even as they act in ways that betray that faith? What makes people blind to the irrationalities of their religion yet clearly see those of others? If these questions interest you, this book will give you the tools to understand religion and its power in you, your family and your culture. For thousands of years, religion has woven its way through societies and people as if it were part and parcel to that society or person. In large measure it was left unexplained and unchallenged, it simply existed. Those who attempted to challenge and expose religion were often persecuted, excommunicated, shunned, or even executed. It could be fatal to explain that which the church, priest or imam said was unexplainable. Before the germ, viral and parasite theory of disease, physicians had no tools to understand disease and its propagation. Priests told people disease was a result of sin, Satan, evil spirits, etc. With the discovery of microbial actors, scientists gained new tools to study how it spreads. They could study infection strategies, immunity, epidemiology and much more. Suddenly the terrible diseases of the past were understandable. The plagues of Europe, yellow fever, small pox, pneumonia, tuberculosis, syphilis, etc. were now removed from the divine and placed squarely in the natural world. This book owes a great deal to Richard Dawkins concept of viruses of the mind, but it seeks to go a step further to personalize the concept of religion as a virus and show how these revolutionary ideas work in everyday life. The paradigm can explain the fundamentalism of your Uncle Ned, the sexual behavior of a fallen mega church minister, the child rearing practices of a Pentecostal neighbor, why 19 men flew planes into the World Trade Center or what motivates a woman to blow herself up in the crowded markets of Baghdad. Learn how religion influences sexuality for its own purposes, how and why it protects pedofile priests and wayward ministers and how it uses survivor guilt to propagate and influence and how it might influence a person's IQ.