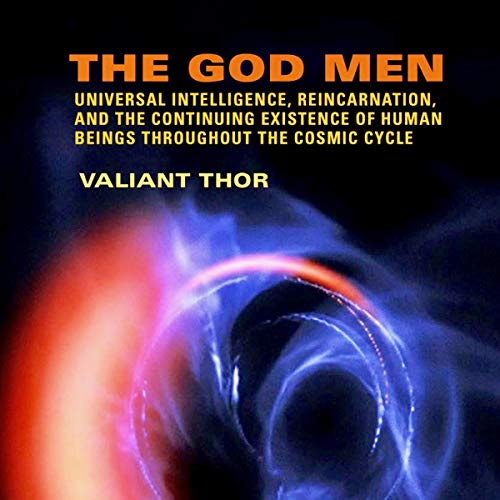 When the noted thinker, author, and philanthropist, Valiant Thor, dictated this audiobook almost a century ago, he was just settling into his role as commander of the Venusian forces on Earth. He had actually put in many decades on our planet prior to that, although he was not, as they say, truly “in charge”.

Being a relative novice at that time, Thor decided to stick to traditional protocol and studiously avoided mentioning the word “Vril” in these pages. (It had been decided long before that, by certain Venusian elders, to keep that particular word, and its conceptual underpinnings, secret from Earthlings - at least until the appropriate time).

Although it obviously wasn’t the appropriate time, the term and the belief system behind it were revealed to certain nosy Germans, who had gotten heavily into the occult during World War II. These Nazi necromancers had somehow hacked into the ongoing telemetric stream between Earth and Venus, and illegally downloaded much of the information about Vril. The civilized world has been trying to regain its balance ever since.

As a result, the author herein states unequivocally, and for the record, that Vril has nothing to do with Nazism, fascism, racism, hate, or bigotry. Like most Venusians, Thor follows the teachings of Jesus Christ, Tecumseh, Krishna, and Buddha, which generally state that all men are created equal in God’s sight, and are loved equally by God.

Today, most everyone has heard about Vril, so Thor has no trouble stating that this audiobook, edited for him by his brilliant human acolyte, Hilton Hotema, is about one of the key aspects of Vril: how human beings manage to exist in an ever-changing universal cycle. There are many correlations in this area between Venusians and Earthlings, such as how the seasons change on both planets, and how the sentient beings inhabiting them must adapt in order to survive.

Vril is truly the essence of the active verb, the powerful sentence, and the narrative that moves people to action. It is the energy behind the words, which makes the mind react in a positive and uplifting fashion. As the Buddhists say, our words are actions, and should be approached soberly, cautiously, compassionately, and empathetically. Vril is about living life to the fullest, and loving to the fullest.

In these current days of extreme political divide, where lying and deception are being spread from on high (much like the Nazis and KKK of old), we need Vril more than ever, to counteract the “Antichrist” evil that seems to be sweeping the world under the false guise of “making America great again."

Those of you who understand Vril should have no problem understanding what Thor is saying. May these words, and the positive galaxial inspiration behind them, guide and comfort you as you go about your daily business in our dynamic, infinite, and loving universe.