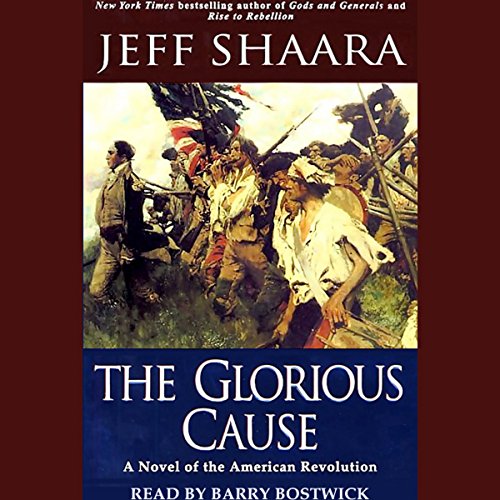 It was never a war in which the outcome was obvious. Despite their spirit and stamina, the colonists were outmanned and outfought by the brazen British army. With the future of the colonies at its lowest ebb, General George Washington made his most fateful decision: to cross the Delaware River and attack the enemy. The stunning victory at Trenton began a saga of victory and defeat that concluded with the British surrender at Yorktown, a moment that changed the history of the world.

The despair and triumph of America's first great army is conveyed in scenes as powerful as any Shaara has written, a story told from the points of view of some of the most memorable characters in American history. There is George Washington, the charismatic leader who held his army together to achieve an unlikely victory; Nathaniel Greene, who rose from obscurity to become the finest battlefield commander in Washington's army; and Benjamin Franklin, a brilliant man of science and philosophy who became the finest statesman of his day.

From Nathan Hale to Benedict Arnold, the American Revolution's most immortal characters and poignant moments are brought to life in remarkable Shaara style. The Glorious Cause is a tribute to an amazing people who turned ideas into action and fought to declare themselves free.

The Glorious Cause is the sequel to Shaara's best selling Rise to Rebellion.

"An epic saga...told with emotion, energy, and historical precision. This is vivid and compelling historical fiction, but also a primer on leadership and the arts of war and diplomacy. Shaara reaches new heights here, with a narrative that's impossible to put down." ( Publishers Weekly)
"This may be [Shaara's] best book yet...a highly readable tale, history disguised as entertainment." ( Seattle Times/Post Intelligencer)