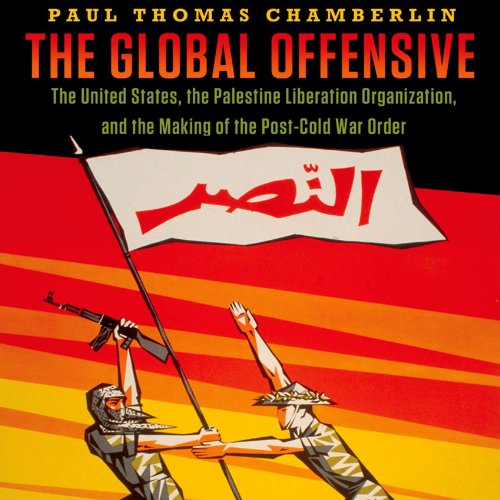 On March 21, 1968, Yasir Arafat and his guerrillas made the fateful decision to break with conventional guerrilla tactics, choosing to stand and fight an Israeli attack on the al-Karama refugee camp in Jordan. They suffered terrible casualties, but they won a stunning symbolic victory that transformed Arafat into an Arab hero and allowed him to launch a worldwide campaign, one that would reshape Cold War diplomacy and revolutionary movements everywhere. In The Global Offensive, historian Paul Thomas Chamberlin offers new insights into the rise of the Palestine Liberation Organization in its full international context. After defeat in the 1967 war, the crushing of a guerrilla campaign on the West Bank, and the attack on al-Karama, Arafat and his fellow guerilla fighters opened a global offensive aimed at achieving national liberation for the Palestinian people. In doing so, they reinvented themselves as players on the world stage, combining controversial armed attacks, diplomacy, and radical politics. They forged a network of nationalist revolutionaries, making alliances with South African rebels, Latin American insurrectionists, and Vietnamese Communists. They persuaded the United Nations to take up their agenda, and sent Americans and Soviets scrambling as these stateless forces drew new connections across the globe.

"The Vietnamese and Palestinian people have much in common," General Vo Nguyen Giap would tell Arafat, "just like two people suffering from the same illness." Richard Nixon's views mirrored Giap's: "You cannot separate what happens to America in Vietnam from the Mideast or from Europe or any place else." Deftly argued and based on extensive new research, The Global Offensive will change the way we think of the history of not only the PLO, but also the Cold War and international relations since.