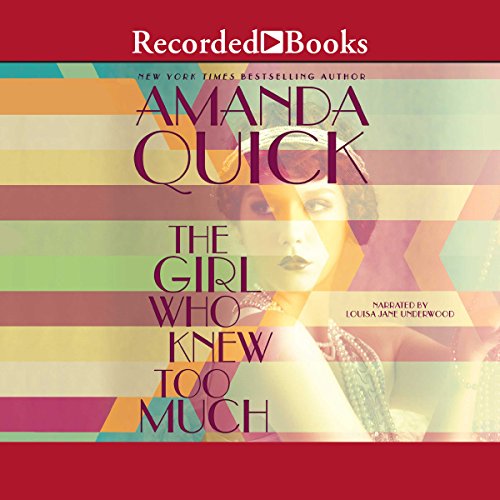 The Girl Who Knew Too Much

The New York Times best-selling author of 'Til Death Do Us Part transports listeners to 1930s California, where glamour and seduction spawn a multitude of sins.

At the exclusive Burning Cove Hotel on the coast of California, rookie reporter Irene Glasson finds herself staring down at a beautiful actress at the bottom of a pool. The dead woman had a red-hot secret about an up-and-coming leading man, a scoop that Irene couldn't resist. Seeking the truth about the drowning, Irene finds herself drawn to a master of deception.

Once a world-famous magician whose career was mysteriously cut short, Oliver Ward is now the owner of the hotel. He can't let scandal threaten his livelihood, even if it means trusting Irene, a woman who seems to have appeared in Los Angeles out of nowhere four months ago. With Oliver's help Irene soon learns that the glamorous paradise of Burning Cove hides dark and dangerous secrets. And that the past - always just out of sight - could drag them both under.

Das sagen andere Hörer zu The Girl Who Knew Too Much