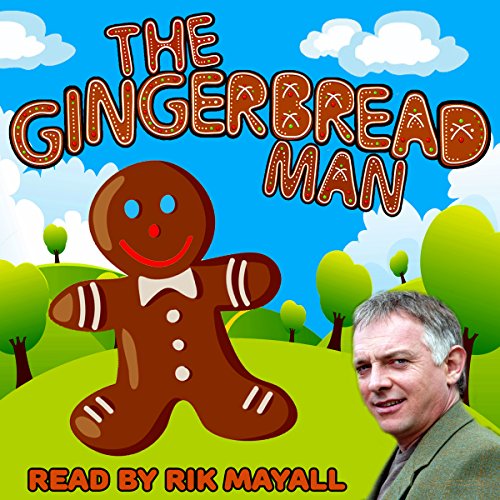 Run, run, as fast as you can. You can't catch me, I'm the Gingerbread Man!

Voiced by the renowned comedian Rik Mayall, this utterly superb performance will have your children in fits of laughter from start to finish.

The late, great Richard 'Rik' Mayall was a pioneer of alternative comedy in the '80s who formed a famous comedy partnership with Ade Edmondson and featured in numerous cult classic sitcoms, including The Young Ones, Bottom, Blackadder and Guest House Paradiso, among others. On 9th June 2014, at the age of 56, a massive blow was dealt to the world of comedy, as Rik passed away.