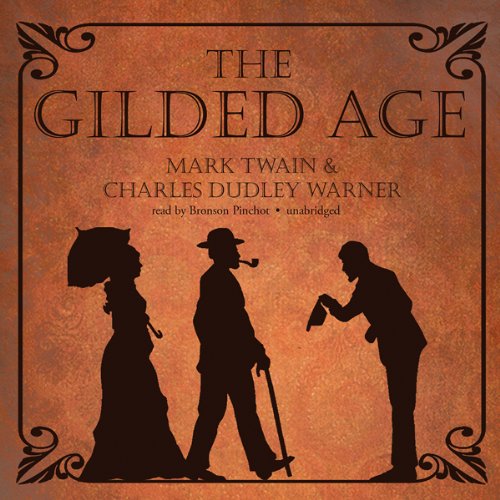 The Gilded Age is the collaborative work of Mark Twain and Charles Dudley Warner that satirized the era that followed the Civil War. This period is often referred to as the “Gilded Age” because of this book. The corruption and greed that was typical of the time is exemplified through two fictional narratives: one, of the Hawkins, a poor family from Tennessee that tries to persuade the government to purchase their seventy-five thousand acres of unimproved land; and second, of Philip Sterling and Henry Brierly, two young upper-class men who seek their fortune in land as well.

This book is widely considered one of the hundred greatest books of all time and is here to attract a whole new generation of readers, for the themes of this classic work are still relevant to our nation today.

MARK TWAIN (1835–1910) was born Samuel L. Clemens in the town of Florida, Missouri. One of the most popular and influential authors our nation has ever produced, his keen wit and incisive satire earned him praise from both critics and peers. He has been called not only the greatest humorist of his age but the father of American literature.

CHARLES DUDLEY WARNER (1829–1900), an American essayist and novelist, was born of Puritan ancestry. He traveled widely, lectured frequently, and was actively interested in prison reform, city park supervision, and other movements for the public good. He was the first president of the National Institute of Arts and Letters, and, at the time of his death, was president of the American Social Science Association. He first attracted attention by the reflective sketches entitled My Summer in a Garden, popular for their abounding and refined humor and mellow personal charm, wholesome love of outdoor things, comments on life and affairs, and delicately finished style, qualities that suggest the work of Washington Irving.

“Mark Twain was the first truly American writer, and all of us since are his heirs.” (William Faulkner)