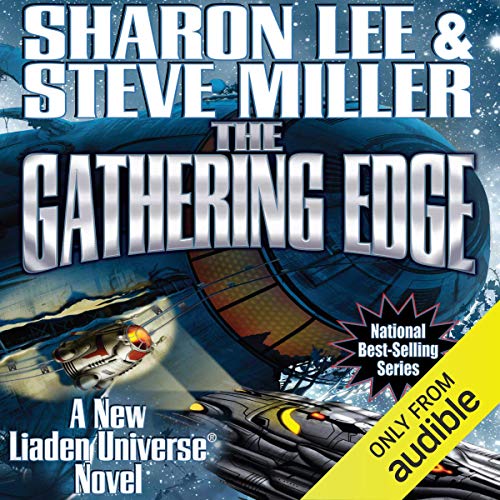 A series milestone as we welcome the 20th amazing entry in the nationally best-selling Liaden Universe® series.

The luck runs rough around Theo Waitley. Not only are people trying to kill her and capture the self-aware intelligent ship, Bechimo, to whom Theo is bonded, they're also trying to arrest her crew membersand throw the dignity of an important passenger, the duly constituted norbear ambassador Hevelin, into question.

No wonder Theo and her crew felt the need for a break and retired to what Bechimo refers to as "safe space". Unfortunately, safe space may not be so safe anymore. It seems that things are leaking through from another universe and another time. In fact whole spaceships are coming through. One of those ships is a blasted battleship seemingly fleeing a long-lost war. What's more, its crew may be members of Theo's ancient ancestral line - her relatives. It's certain that they are in dire need of help. Theo has a choice to make. It seems that Bechimo's "safe space" is about to become deadly perilous.

Maine-based writers Sharon Lee and Steve Miller teamed up in the late 1980s to bring the world the story of Kinzel, an inept wizard with a love of cats, a thirst for justice, and a staff of true power. Since then, the husband and wife have written dozens of short stories and more than 20 novels, most set in their star-spanning Liaden Universe®. Before settling down to the serene and stable life of a science fiction and fantasy writer, Steve was a traveling poet, a rock-band reviewer, a reporter, and editor of a string of community newspapers. Sharon, less adventurous, has been an advertising copywriter, a copy editor on night-side news at a small city newspaper, a reporter, a photographer, and a book reviewer. Both credit their newspaper experiences with teaching them the finer points of collaboration. Sharon and Steve passionately believe that fiction ought to be fun and that stories are entertainment.