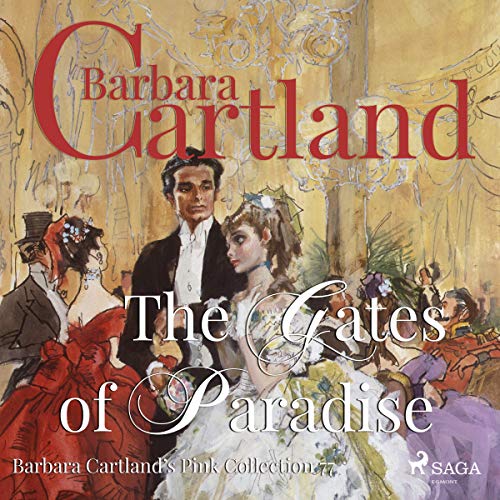 The Gates of Paradise

Narina Kenwin is the only daughter of the Bishop of St. Albans and since her mother's death she has been living with her father. She is very beautiful and is happy, but when riding in the woods she wishes she had someone special with her. Narina receives a letter from her great school friend, Louise, who is married to Prince Rudolf, the Ruler of the small Principality of Alexanderburg in the Balkans. Louise begs Narina to come to stay with her immediately and is sending a Battleship to take her to Alexanderburg.

When Narina arrives, Louise tells her that it is essential for the country to have an heir to the throne or they would be overrun by the Russians. She and Prince Rudolf have to go to Constantinople so he can have an operation. Narina promises to take her friend's place as they look so alike. When she is out in the Palace garden one day she is suddenly surprised by a badly wounded man, who is being pursued by the dastardly Russians. How Narina saves the life of the intruder not only once but twice, and by her own ingenuity helps prevent the Russians taking over Alexanderburg and eventually finds the man of her dreams is all told in this unusual romantic adventure by Barbara Cartland.

Between the ages of 77 and 97 she increased her output and wrote an incredible 400 romances as the demand for her romances was so strong all over the world. She wrote her last book at the age of 97 and it was entitled perhaps prophetically "The Way to Heaven". Her books have always been immensely popular in the United States where in 1976 her current books were at numbers 1 & 2 in the B. Dalton bestsellers list, a feat never achieved before or since by any author.

Barbara Cartland became a legend in her own lifetime and will be best remembered for her wonderful romantic novels so loved by her millions of readers throughout the world, who have always collected her books to read again and again, especially when they feel miserable or depressed. Her books will always be treasured for their moral message, her pure and innocent heroines, her handsome and dashing heroes, her blissful happy endings and above all for her belief that the power of love is more important than anything else in everyone's life.