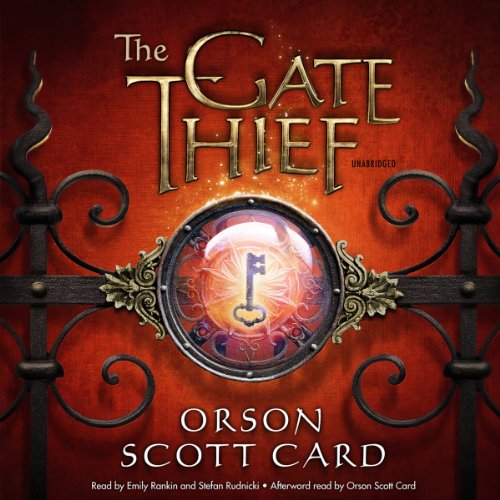 In this sequel to The Lost Gate, best-selling author Orson Scott Card continues his fantastic tale of the mages of Westil, who live in exile on Earth.

On Westil, Wad is now nearly powerless - he lost everything to Danny in their struggle. Even if he can survive the revenge of his enemies, he must still somehow make peace with the Gatemage Daniel North, for when Danny took that power from Loki, he also took responsibility for the Great Gates. And when he comes face-to-face with the mages who call themselves Bel and Ishtoreth, he will understand just why Loki closed the gates all those centuries ago.

"Card weaves another in a chain of satisfying, teenager-pleasing fantasies…. Card has a grand old time romping around in the fields of comparative religion while letting a feud worthy of the Hatfields and the McCoys unfold, with much tongue-in-cheek humor but a touch of gore, too." ( Kirkus Reviews)
"Familiarity with The Lost Gate is useful, but not essential, as Card gives readers enough background to have at least a partial understanding of the world he’s created….Defined characters and a highly imaginative story. For the author’s fans, a must-read." ( Booklist)