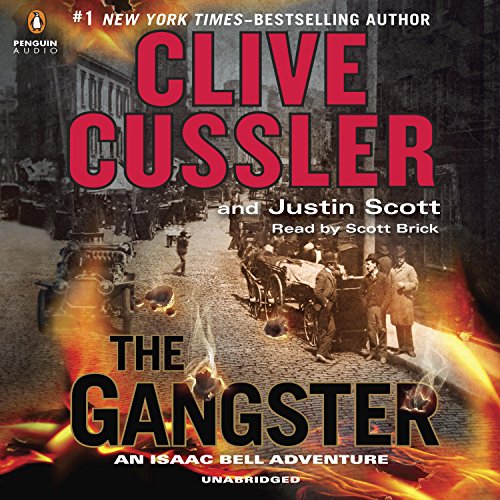 Isaac Bell is back in this thrilling new novel from the number-one New York Times best-selling grand master of adventure, Clive Cussler.

It is 1906, and in New York City, the Italian crime group known as the Black Hand is on a spree: kidnapping, extortion, arson. Detective Isaac Bell of the Van Dorn Agency is hired to form a special Black Hand Squad, but the gangsters appear to be everywhere - so much so that Bell begins to wonder if there are imitators, criminals using the name for the terror effect. And then the murders begin, each one of a man more powerful than the last, and, as Bell discovers to his dismay, the ultimate target may be the most powerful man of all.

“Cussler has written another wonderful historical thriller. The action is fast and thoroughly enjoyable.” (Library Journal)

“This latest Bell thriller combines a vivid historical environment with a top-notch story and enjoyable, realistic characters. Bell, the detective whose nimble intellect often gets him out of tight situations, is one of Cussler’s most engaging protagonists, and the series...remains fresh and exciting." (Booklist)