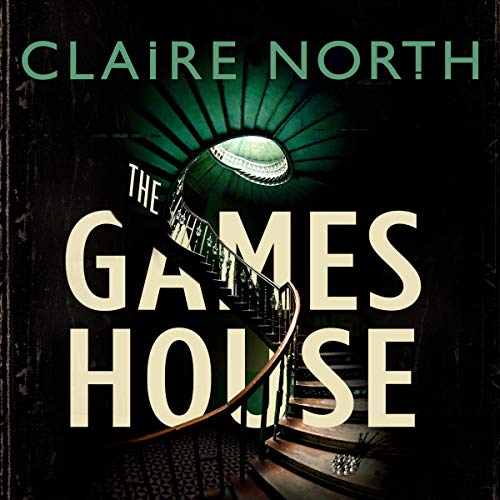 From the author of the word-of-mouth phenomenon The First Fifteen Lives of Harry August comes a mesmerising tale of a mystical gambling house whose deadly games of chance and skill control the fate of empires. Everyone has heard of the Gameshouse. But few know all its secrets.

It is the place where fortunes can be made and lost though chess, backgammon - every game under the sun.

But those whom fortune favours may be invited to compete in the higher league...where the games played are of politics and nations, of economics and kings. It is a contest where Capture the Castle involves real castles and where hide and seek takes place on the scale of a continent.

Among those worthy of competing in the higher league, three unusually talented contestants play for the highest stakes of all....

From Claire North, author of word-of-mouth best-seller The First Fifteen Lives of Harry August and one of the most original new voices in modern fiction, comes the mesmerising tale of the Gameshouse, where games of chance and skill control the fate of empires.

Originally published as three digital-only instalments: The Serpent, The Thief and The Master.

"Utterly readable, utterly believable and compelling...one of the fiction highlights of the decade." (Judy Finnigan on The First Fifteen Lives of Harry August)

"Beautiful and gripping." (Guardian on The First Fifteen Lives of Harry August)

The three novellas of The Gameshouse form a complete story, so there's no need to look for the main book or some such. The concept of a city, a country or the whole world being the setting for a game with very real consequences isn't entirely new, but the author doesn't go the whole Risk route; instead, she focuses on the characters who play or are drawn into the games that are being fought. I say "fought" because there's nothing playful about this.

The writing is very solid and it's obvious that the author researched the time periods and places of her novellas at least enough to draw a compelling picture without going into overmuch detail. The characters are interesting and have unique agendas instead of stumbling helplessly through the plot, even if that agenda at times is simply to survive until the next day. The only downside is that each plot may hold its surprises, but is ultimately rather easy to predict. The ending does make up for some of that, yet it did take away some of the enjoyment.

Peter Kenny's narration, on the other hand, is a joy to experience. His female voices are refreshingly feminine without sounding comically overdone, his accents are consistent and his characters are easy to distinguish. I'd gladly recommend him to anyone.

On the whole, The Gameshouse is a nice distraction on those days when you need one.

An absolute joy, the story and the reading. I would like to downgrade every other book I ever read.