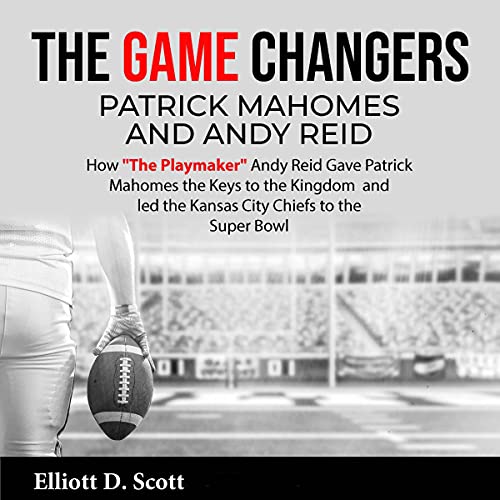 In 2020, the Kansas City Chiefs reached the top of the football mountain and won Super Bowl LIV. In 2021, they almost did it again. Over the past three NFL seasons, they have been the most consistent team in the league, regularly laying waste to their opponents and winning big.

But how did they get there? And where do they go from here? And most importantly, who are the two men that have turned an entire franchise around?

In The Game Changers: Patrick Mahomes and Andy Reid, you will get the whole story on how a quarterback and coach pairing for the ages was able to change the fortunes of one of the most beleaguered franchises in all of sports. Loaded with statistics, game recaps, and behind-the-scenes looks, The Game Changers is the book for anyone who wants to know about the hottest team in America.

You will discover how Patrick Mahomes went from a high school baseball pitcher who dabbled in football to the best quarterback in the world. You will be electrified by the journey of Andy Reid: a football genius who overcame repeated failure and a damaged reputation to rise to the highest echelons of coaching. You will also learn all about the Chiefs’ biggest opponents and the various legends who populate the team, like Travis Kelce, Tyreek Hill, and the Legion of Zoom.

The perfect book for any football fan who wants to flex their knowledge next game day or even the novice who is just getting into the game and wants a new favorite team. Listen to it today and get in the game!