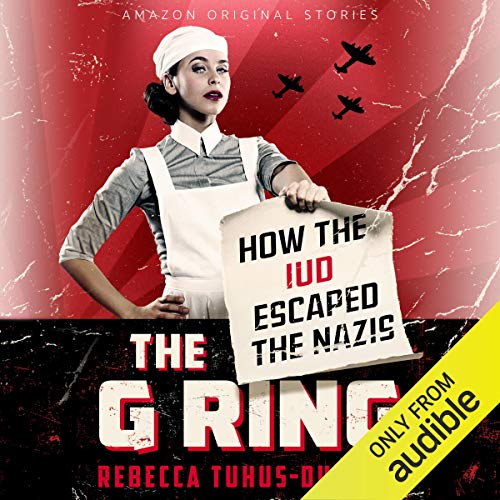 An epic untold true story at the intersection of WWII and the history of reproductive freedom - as the inventor of a controversial form of contraception struggles to escape Nazi Germany.

Dr. Ernst Gräfenberg was among the most sought-after gynecologists in pre-World War II Germany. The creator of the first IUD, known as the Gräfenberg ring, he was posthumously credited with identifying the eponymous "Gräfenberg spot" or G-spot. He was also a Jew in Nazi Germany, and by 1938 he had been stripped of his practice, his possessions, and his freedom and was languishing in a Nazi prison. After being allegedly ransomed from confinement by Planned Parenthood founder Margaret Sanger, Gräfenberg fled to America, where he eventually became the only male doctor at Sanger’s birth control clinic.

In this bracing essay, Rebecca Tuhus-Dubrow rescues from near obscurity the pioneering inventor of a contraceptive device that unleashed decades of controversy. And as we see efforts to roll back reproductive rights, it is also a cautionary tale as relevant today as it was nearly a century ago.