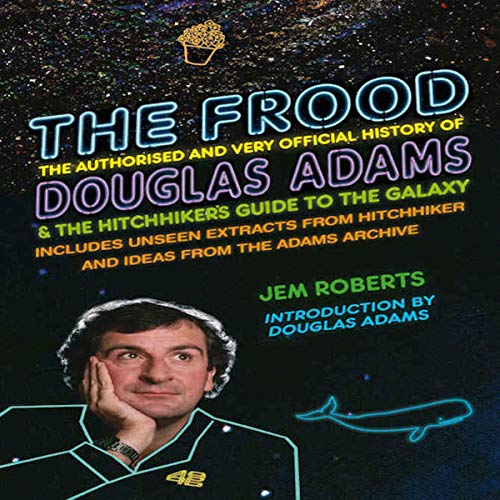 An authorized biography of the creator of the Hitchhikers Guide to the Galaxy, with an introduction by Douglas Adams.

Douglas Adams is one of the most celebrated science fiction and comedy writers of his generation. He is best known for the best-selling radio, book, TV, and film series The Hitchhikers Guide to the Galaxy, along with Dirk Gently's Detective Agency, episodes of Doctor Who, and his collaborations with members of Monty Python.

In this lively and entertaining biography, Jem Roberts examines the struggles Douglas went through to get the original Hitchhikers radio series commissioned, his subsequent successes, frustrations, and battles with writer's block.

The audiobook is narrated by Kris Dyer and was originally produced for the RNIB Talking Books studio.

Praise for the book:

"Jem manages to write about popular cultural institutions with knowledge and affection, while avoiding the dismal traps of nerdy fanboyism on the one hand or grandiose cultural pseudo-intellectualism on the other. His research is flawless and the results are readable, illuminating and delightful." (Stephen Fry, actor and author)