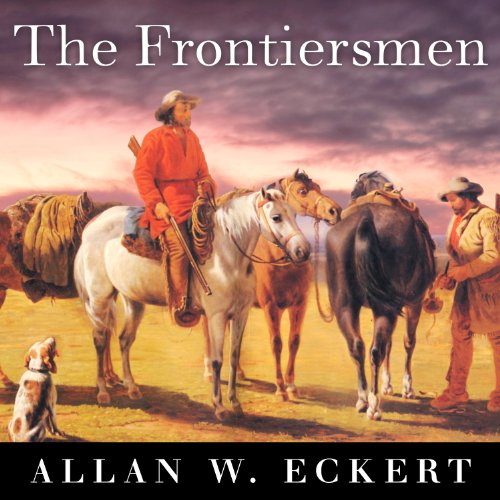 The frontiersmen were a remarkable breed of men. They were often rough and illiterate, sometimes brutal and vicious, often seeking an escape in the wilderness of mid-America from crimes committed back east. In the beautiful but deadly country that would one day come to be known as West Virginia, Kentucky, Michigan, Ohio, Indiana, and Illinois, more often than not they left their bones to bleach beside forest paths or on the banks of the Ohio River, victims of Indians who claimed the vast virgin territory and strove to turn back the growing tide of whites.

These frontiersmen are the subjects of Allan W. Eckert's dramatic history. Against the background of such names as George Rogers Clark, Daniel Boone, Arthur St. Clair, Anthony Wayne, Simon Girty, and William Henry Harrison, Eckert has re-created the life of one of America's most outstanding heroes, Simon Kenton. Kenton's role in opening the Northwest Territory to settlement more than rivaled that of his friend Daniel Boone. By his 18th birthday, Kenton had already won frontier renown as woodsman, fighter, and scout. His incredible physical strength and endurance, his great dignity and innate kindness made him the ideal prototype of the frontier hero.

Yet there is another story to The Frontiersmen. It is equally the story of one of history's greatest leaders, whose misfortune was to be born to a doomed cause and a dying race. Tecumseh, the brilliant Shawnee chief, welded together by the sheer force of his intellect and charisma an incredible Indian confederacy that came desperately close to breaking the thrust of the white man's westward expansion. Like Kenton, Tecumseh was the paragon of his people's virtues, and the story of his life, in Eckert's hands, reveals most profoundly the grandeur and the tragedy of the American Indian.

"Historian-novelist Eckert has fashioned an epic narrative history of the struggle for dominance of the Ohio River Valley that makes compelling reading." ( Publishers Weekly)