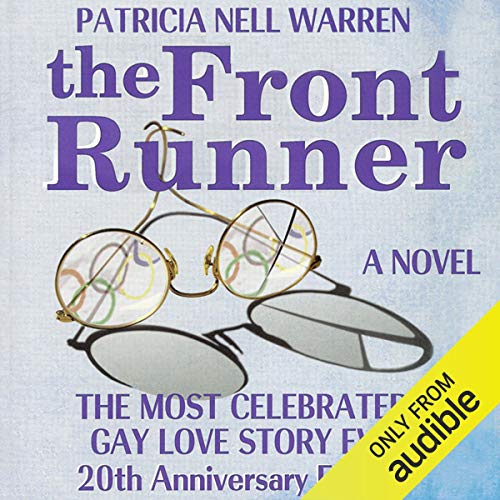 First published in 1974, The Front Runner raced to international acclaim - the first novel about gay love to become popular in the mainstream.

In 1975, coach Harlan Brown is hiding from his past at an obscure New York college, after he was fired from Penn State University on suspicion of being gay. A tough, lonely ex-Marine of 39, Harlan has never allowed himself to love another man. Then Billy Sive, a brilliant young runner, shows up on his doorstep. He and his two comrades, Vince Matti and Jacques LaFont, were just thrown off a major team for admitting they are gay. Harlan knows that, with proper training, Billy could go to the '76 Olympics in Montreal. He agrees to coach the three boys under strict conditions that thwart Billy's growing attraction for his mature but compelling mentor.

The lean, graceful front runner with gold-rim glasses sees directly into Harlan's heart. Billy's gentle and open acceptance of his sexuality makes Harlan afraid to confront either the pain of his past, or the challenges which lay in wait if their intimacy is exposed. But when Coach Brown finds himself falling in love with his most gifted athlete, he must combat his true feelings for Billy or risk the outrage of the entire sports world - and their only chance at Olympic gold.