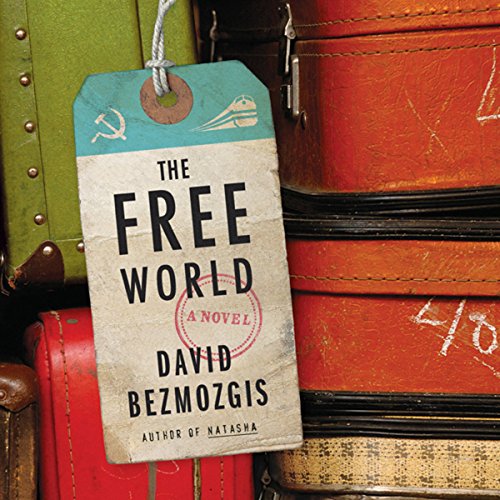 This is a book about trying the impossible: outdistancing the pull of history while remaining in stasis. It begins with a family of Russian-Latvian-Jewish refugees gathering their bags in Vienna, on a railway platform, that perfect symbol of purgatory and anticipation. It ends somewhere on the way to Canada, though we don’t know for certain whether or not the Kraznanskys, who we have come to care about so much in the intervening chapters, actually succeed in arriving at their destination. And that’s how it should be: emigration to the new world is a talisman, forever out of reach; the family’s abandoned life in Riga, on the other hand, is seen only in flashbacks, befitting the disjointed chronology of the stateless immigrant. Their current location is early-70s Rome, and, in his first novel, David Bezmozgis has painted an unforgettable picture of the city from the immigrant perspective: the noises and fashions of the time are pungent, and mix with a general sense of fatality. People here are caught up in history like debris in a great whirling river, going nowhere and resigned to the fact that “this is the nature of our times”.

This world-weary disposition is distilled in Stefan Rudnicki’s charcoal-smoked voice, a voice marinated in Russian Jewish humor, querulous and lively, though he slows down beautifully to fit the gravitas of memories. In a book with not much in the way of a conventional plot, his narration is hugely important in giving weight to the incidental details that coalesce around the family and create smaller stories woven around the simple narrative, and which might put the listener in mind of Gary Shteyngart and Isaac Bashevis Singer. The weak link is the performance of Emma the matriarch, given a uniformly soft compassion that tends to negate her impact, though blame for this must be shared by the author who has created a reactive character with not much interior life of her own. However, Rudnicki clearly respects Emma’s distress at the splintering of her family: relationships are the first casualty of new-found if undefined freedom, and couples pushed together by outside forces fall apart in the manner of old regimes and political systems. “They remained together just long enough to get to the free world, whose freedom they defined in no small part to freedom from each other.” What matters here is personal integrity in the face of overwhelming uncertainty. As Alec reflects, “How you managed to remain upright became your style, who you were. Style was the difference between him and Polina.” Alec and Polina rent a room from Lyvova, a Kiev-born tour guide with a past as compromised as any other characters. Passing through the lives of the Kraznanskys, he provides the real heart of this chaotic and charming book, and provides the book’s killer line: intent on escaping the past, but rejecting the different utopias offered to him by Soviet Russia and Israel, he says, “I want to go to the place with the least number of parades.” A fitting epitaph for a refugee from the 20th century. —Dafydd Phillips

Summer 1978. Brezhnev sits like a stone in the Kremlin, Israel and Egypt are inching towards peace, and in the bustling, polyglot streets of Rome, strange new creatures have appeared: Soviet Jews who have escaped to freedom through a crack in the Iron Curtain.

Among the thousands who have landed in Italy to secure visas for new lives in the West are the members of the Krasnansky family - three generations of Russian Jews. There is Samuil, an old Communist and Red Army veteran, who reluctantly leaves the country to which he has dedicated himself body and soul; Karl, his elder son, a man eager to embrace the opportunities emigration affords; Alec, his younger son, a carefree playboy for whom life has always been a game; and Polina, Alec's new wife, who has risked the most by breaking with her old family to join this new one.

Together, they will spend six months in Rome - their way station and purgatory. They will immerse themselves in the carnival of emigration, in an Italy rife with love affairs and ruthless hustles, with dislocation and nostalgia, with the promise and peril of a better life.

Through the unforgettable Krasnansky family, David Bezmozgis has created an intimate portrait of a tumultuous era. Written in precise, musical prose, The Free World is a stunning debut novel, a heartfelt multigenerational saga of great historical scope and even greater human debth. Enlarging on the themes of aspiration and exile that infused his critically acclaimed first collection, Natasha and Other Stories, The Free World establishes Bezmozgis as one of our most mature and accomplished storytellers.

"[A]n assured, complex social novel whose relevance will be obvious to any reader genuinely curious about recent history, the limits of love, and the unexpected burdens that attend the arrival of freedom." (Publishers Weekly)
"Bezmozgis proves why he was recently proclaimed one of The New Yorker’s 20 Under 40; this is mellifluous, utterly captivating writing, and you’ll live with the Krasnansky family as if it were your own. Highly recommended." (Library Journal)
“Self-assured, elegant, and perceptive. . . [Bezmozgis] has created an unflinchingly honest, evenhanded and multilayered retelling of the Jewish immigrant story that steadfastly refuses to sentimentalize or malign the Old World or the New. Sholem Aleichem might well feel proud. And perhaps so too might Philip Roth and Leonard Michaels.” (Adam Langer, The New York Times)