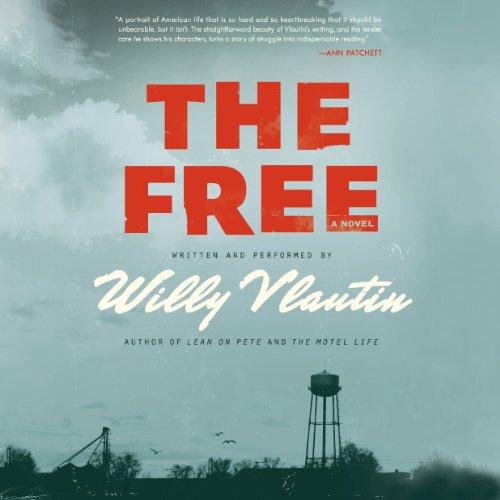 In his heartbreaking yet hopeful fourth novel, award-winning author Willy Vlautin demonstrates his extraordinary talent for illuminating the disquiet of modern American life, captured in the experiences of three memorable characters looking for meaning in distressing times.

Severely wounded in the Iraq war, Leroy Kervin has lived in a group home for eight years. Frustrated by the simplest daily routines, he finds his existence has become unbearable. An act of desperation helps him disappear deep into his mind, into a world of romance and science fiction, danger and adventure where he is whole once again.

Freddie McCall, the night man at Leroy's group home, works two jobs yet still can't make ends meet. He's lost his wife and kids, and the house is next. Medical bills have buried him in debt, a situation that propels him to consider a lucrative - and dangerous - proposition.

Pauline Hawkins, a nurse, cares for the sick and wounded, including Leroy. She also looks after her mentally ill elderly father. Yet she remains emotionally removed, until she meets a young runaway who touches something deep and unexpected inside her.

In crystalline prose, both beautiful and devastating, this 'major realist talent' (Seattle Post-Intelligencer) considers the issues transforming ordinary people's lives - the cost of health care, the lack of economic opportunity, the devastating scars of war - creating an extraordinary contemporary portrait that is also a testament to the resiliency of the human heart.

"Vlautin writes cleanly, beautifully about the people who hang on despite odds.... A fine novel...bounded by courage and kindliness." ( Kirkus Reviews)
"Willy Vlautin writes novels about people all alone in the wind. His prose is direct and complex in its simplicity, and his stories are sturdy and bighearted and full of lives so shattered they shimmer." (Cheryl Strayed, The Oregonian)