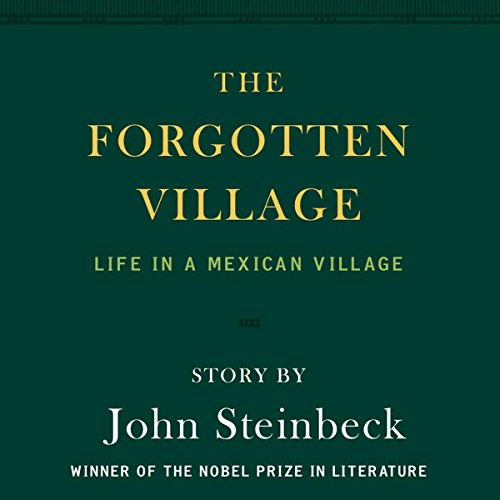 The novelist who wrote The Grapes of Wrath and the director who produced Crisis and Lights Out in Europe combined their superb talents to tell the story of the coming of modern medicine to the natives of Mexico. There have been several notable examples of this pen-camera method of narration, but The Forgotten Village is unique among them in that the text was written before a single picture was shot. The book and the movie from which it was made have thus a continuity and a dramatic growth not to be found in the so-called "documentary" films.

The camera crew that, headed by Kline and with Steinbeck's script at hand, recorded this narrative of birth and death, of witch doctors and vaccines, of the old Mexico and the new, spent nine months off the trails of Mexico. They traveled thousands of miles to find just the village they needed; they borrowed children from the government school, took men from the fields, their wives from the markets, an old medicine woman from her hut by the side of the trail. The motion picture they made (for release in 1941) is 8,000 feet long. From this wealth of pictures, 136 photographs were selected for their intrinsic beauty and for the graceful harmony with which they accompany Steinbeck's text.

This new script-photograph technique of narration conveys its ideas with unexcelled brilliance and immediacy. In the hands of such master storytellers as Steinbeck and Kline, it makes the listener catch his breath.