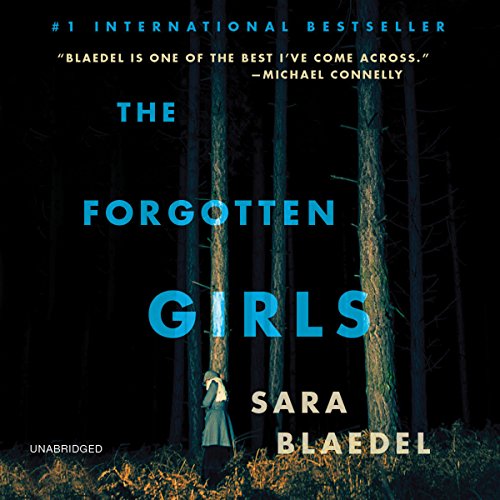 The body of an unidentified woman has been discovered in a remote forest. A large, unique scar on one side of her face should make the identification easy, but nobody has reported her missing. Louise Rick, the new commander of the Missing Persons Department, waits four long days before pulling off a risky move: Releasing a photo of the victim to the media, jeopardizing the integrity of the investigation in hopes of finding anyone who knew her. The gamble pays off when a woman recognizes the victim as Lisemette, a child she cared for in the state mental institution many years ago. Lisemette was a "forgotten girl", abandoned by her family and left behind in the institution.

But Louise soon discovers something even more disturbing: Lisemette had a twin, and both girls were issued death certificates more than 30 years ago. Louise's investigation takes a surprising when it brings her closer to her childhood home. And as she uncovers more crimes that were committed - and hidden - in the forest, she is forced to confront a terrible link to her own past that has been carefully concealed.

Set against a moody and atmospheric landscape, The Forgotten Girls is twisty, suspenseful, emotionally intense novel that secures Sara Blaedel's place in the pantheon of great thriller writers.

"Sara Blaedel is a force to be reckoned with. Everyone keeps talking about the 'trend' in crime writers--Scandinavian, German, Russian. Blaedel is no trend. She's a remarkable crime writer who time and again delivers a solid, engaging story that any reader in the world can enjoy." (Karin Slaughter)
" The Forgotten Girls is without doubt the best the author has delivered so far.... [S]trikingly well done.... [T]he chances are good that The Forgotten Girls will become your favorite crime novel for a long time to come." ( Børsen, Denmark)
"Sara Blædel is at the top of her game. Louise Rick is a character who will have readers coming back for more." (Camilla Läckberg)