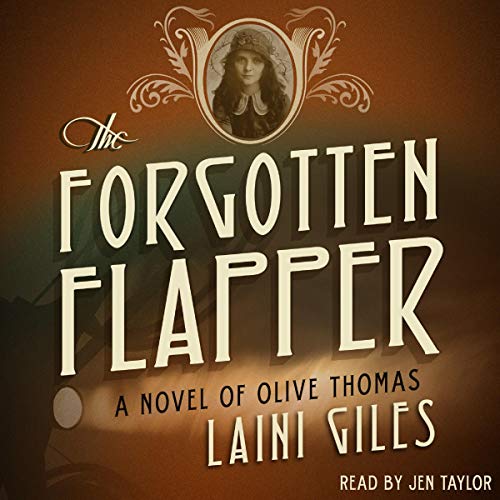 A presence lurks in New York City’s New Amsterdam Theatre when the lights go down and the audience goes home. They say she’s the ghost of Olive Thomas, one of the loveliest girls who ever lit up the Ziegfeld Follies and the silent screen. From her longtime home at the theater, Ollie’s ghost tells her story from her early life in Pittsburgh to her tragic death at 25.

After winning a contest for “The Most Beautiful Girl in New York”, shopgirl Ollie modeled for the most famous artists in New York, and then went on to become the toast of Broadway. When Hollywood beckoned, Ollie signed first with Triangle Pictures, and then with Myron Selznick’s new production company, becoming most well known for her work as a “baby vamp”, the precursor to the flappers of the 1920s.

After a stormy courtship, she married playboy Jack Pickford, Mary Pickford’s wastrel brother. Together they developed a reputation for drinking, club-going, wrecking cars, and fighting, along with giving each other expensive make-up gifts. Ollie's mysterious death in Paris’ Ritz Hotel in 1920 was one of Hollywood’s first scandals, ensuring that her legend lived on.