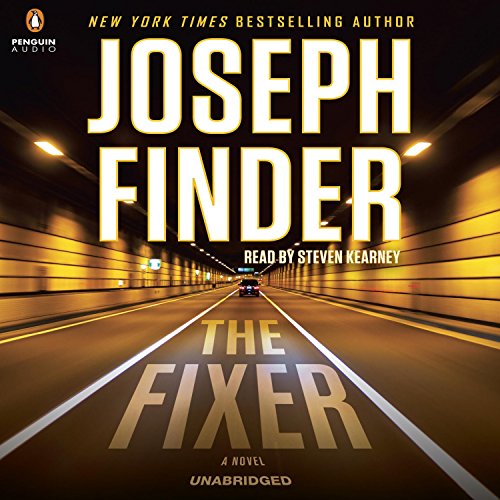 Editors Select, June 2015 - The Fixer is one of those seemingly rare occurrences these days, the stand-alone thriller! I love books where the main character is an average person (Rick Hoffman is a journalist who just lost his job) who gets put into an extraordinary situation. I like to wonder when I am listening how I would respond when faced with similar circumstances. While renovating his childhood home Rick finds something (I won't spoil it, but you'll find out within the first few minutes) in a boarded up wall (any guesses?) that sets off a chain of events that puts him and his loved ones in mortal danger. I'll leave it for you to decide how Rick handles what happens, but one thing you can count on - once you start The Fixer you won't want to stop! –John, Audible Editor

New York Times best-selling author Joseph Finder's breakneck stand-alone thriller about the secrets families can keep - and the danger of their discovery.

When former investigative reporter Rick Hoffman loses his job, fiancée, and apartment, his only option is to move back into - and renovate - the home of his miserable youth, now empty and in decay since the stroke that put his father in a nursing home.

As Rick starts to pull apart the old house, he makes an electrifying discovery - millions of dollars hidden in the walls. It’s enough money to completely transform Rick’s life - and everything he thought he knew about his father.

Yet the more of his father’s hidden past that Rick brings to light, the more dangerous his present becomes. Soon, he finds himself on the run from deadly enemies desperate to keep the past buried, and only solving the mystery of his father - a man who has been unable to communicate, comprehend, or care for himself for almost 20 years - will save Rick...if he can survive long enough to do it.