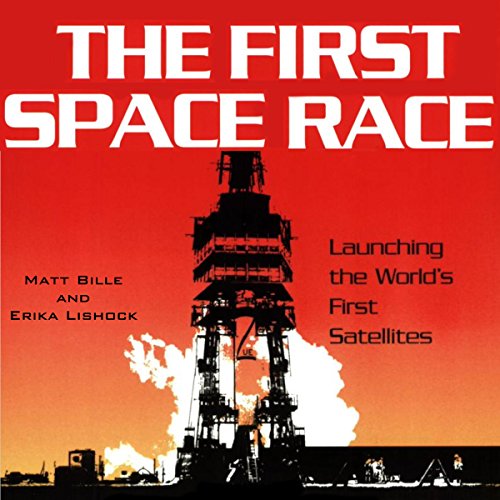 The First Space Race reveals the inside story of an epic adventure with world-altering stakes. From 1955 to 1958, American and Soviet engineers battled to capture the world's imagination by successfully launching the world's first satellite. The race to orbit featured two American teams led by rival services - the US Army and the Navy - and a Soviet effort so secret that few even knew it existed. This race ushered in the Space Age with a saga of science, politics, technology, engineering, and human dreams. Moved by patriotism, inquisitiveness, and pride, people on both sides of the Iron Curtain put forth heroic efforts to make that first satellite possible.

Some aspects of this story, like the US Navy's NOTSNIK satellite project, are almost unknown. Even some details of well-known programs, such as the appearance of America's pioneering Explorer 1 satellite and the contributions made by its rival, Project Vanguard, are generally misremembered. In this book, authors Matt Bille and Erika Lishock tell the whole story of the first space race. They trace the tale from the origins of spaceflight theory and through the military and political events that engendered the all-out efforts needed to turn dreams into reality and thus shape the modern world.

for me: a missed opportunity.

Such a missed opportunity, what a great topic, but after the hundredth acronym and date I struggle to continue.