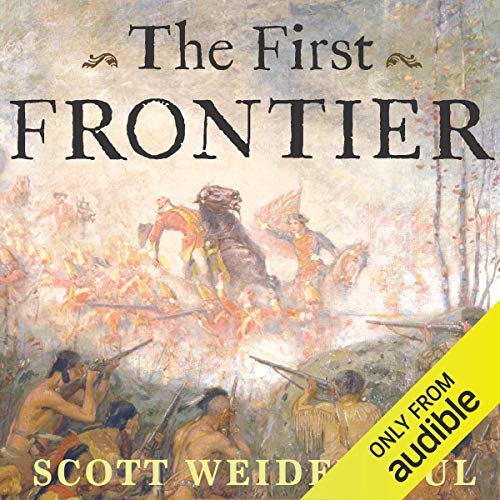 Frontier: the word carries the inevitable scent of the West. But before Custer or Lewis and Clark, before the first Conestoga wagons rumbled across the Plains, it was the East that marked the frontier - the boundary between complex Native cultures and the first colonizing Europeans.Here is the older, wilder, darker history of a time when the land between the Atlantic and the Appalachians was contested ground - when radically different societies adopted and adapted the ways of the other, while struggling for control of what all considered to be their land.

The First Frontier traces two and a half centuries of history through poignant, mostly unheralded personal stories - like that of a Harvard-educated Indian caught up in seventeenth-century civil warfare, a mixed-blood interpreter trying to straddle his white and Native heritage, and a Puritan woman wielding a scalping knife whose bloody deeds still resonate uneasily today. It is the first book in years to paint a sweeping picture of the Eastern frontier, combining vivid storytelling with the latest research to bring to life modern America’s tumultuous, uncertain beginnings.