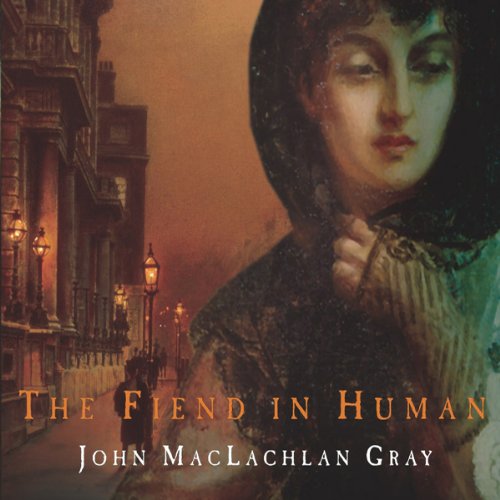 The Fiend in the Human

“In the midst of life we are in death.”

London in the early 1850s. The squalid underbelly of the Victorian slums coexist in uneasy partnership with the specious glamour of the privileged, dandified West End, each feeding off the other in an endless circle of vice, exploitation and death. London is the world's capital city of murder, its chief attraction the public execution of killers at Newgate.

Edmund Whitty is a correspondent on the Falcon, reporting on the underworld. He is a loser, pursued by creditors and dangerously addicted to alcohol, laudanum, and cocaine. He is openly scornful of the balladeers, or patterers, who write up the life of the condemned in doggerel verses even further divorced from truth than his own, embroidered newspaper reports. Whitty reaches his nadir when he is kidnapped and spirited off to the slums of St Giles.

His kidnapper is Mr. Owler, a balladeer he has traduced in one of his columns. But instead of revenge Owler wishes them to form an unlikely partnership. The subject of Owler's latest ballad is the serial killer, William Ryan, shortly to hang for his crimes. Ryan denies his guilt, but Owler feels by securing access to the criminal he will extract the man's true confession, beat his competitors to the story and thus make his fortune. He wants Whitty to lend validation to his research.

They are about to embark on a strange journey through the darkness of Victorian London where truth and fiction are often indistinguishable, a condemned man's life is at stake and savage, copycat murders continue despite his incarceration.

Das sagen andere Hörer zu The Fiend in the Human