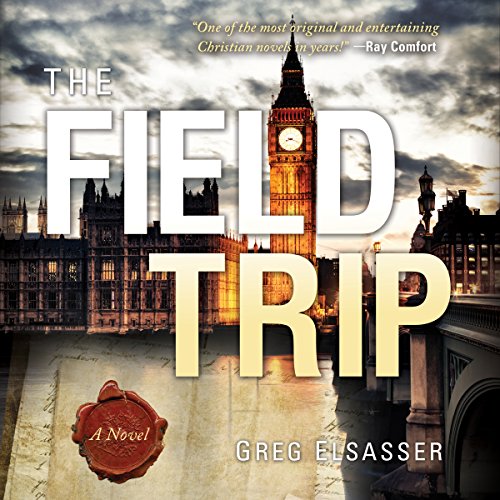 Anti-conspiratorialist author and lecturer Chasen Derrick has landed a lucrative but highly suspect teaching post at the exclusive Dysart Academy in Southern California. When the dean of students asks him to lead a field trip to England, Chasen reluctantly agrees, and the first few days of the tour go smoothly.

That is, until the mass abduction. The fire. The shootings. And the medieval torture.

Now the FBI, Scotland Yard, MI5, and a 500-year-old secret group known as the Apollo Society are searching the country for Chasen and the only student he's managed to hold on to: a kid as challenging and obnoxious as King Henry VIII himself.

With a debilitating case of OCD and a panic disorder that threatens to flare up around every British memorial, Chasen is forced to confront his beliefs about conspiracy theories...and his skewed understanding of guilt and forgiveness.

Propelled by plot twists and fast-paced suspense, The Field Trip takes listeners on a humorous adventure exploring what is true in a world where things aren't always as they seem.